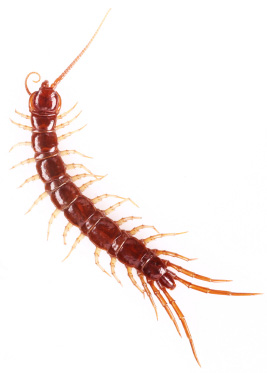 Occasional invaders are insects and other arthropods that can enter houses and buildings in large numbers.  They invade indoors when the conditions are more favorable inside.

Eliminating the conditions that encourages these pests to breed or invade the home is the primary line of defense to control their populations.  Also, eliminating their food source is a step toward controlling. It is essential to identify all pests inside houses and buildings before performing any pest control.

Appearance:
The box elder adults are about ½ inch long with a dark brown or black coloration, relieved by red wing veins and markings on the abdomen. Nymphs and immature bugs are bright red. Their wings are flat and red.

Habit:
Box Elder bugs can become household pests in the autumn. The adult insects seek wintering hibernation locations and find their way into buildings through crevices. They remain inactive inside the walls while the weather is cool. When the heating systems revive them, they begin to enter inhabited parts of the buildings. In the spring, the bugs leave their winter hibernation locations to lay eggs on maple or ash trees. In winter, they can be found in interior areas such as houses.

Appearance:
Crickets somewhat flattened bodies and long antennae. They are often confused with grasshoppers because they have a similar body structure including jumping hind legs.

Habit:
They tend to be nocturnal and are attracted to lights.

Appearance:
The millipede has a large number of short legs that makes them rather slow, but they are powerful burrowers. With their legs and body length moving in a wavelike pattern, they easily force their way underground head first. Their bodies have segmented sections, with 2 pairs of legs per segment. Common North American species are brownish.

Reproduction:
Females lay between ten and three hundred eggs at a time, depending on the species.  Many species simply deposit the eggs on moist soil or organic detritus. The young hatch after a few weeks, and typically have only three pairs of legs, followed by up to four legless segments. As they grow, they continually moult, adding further segments and legs as they do so.

«Back to Common Pest Library